As an English-speaking country with long-standing ties to the UK, Australia is a popular choice for UK nationals moving overseas. With a varied climate and over 50% of the population claiming British heritage, those moving to Australia from the UK will feel right at home among Australia’s expat communities.

When moving to Australia from the UK, it is important to have the correct paperwork in place, particularly if you are moving a large number of belongings, moving to work or moving with family. Your passport must be valid for the duration of your stay when visiting Australia so it is important that you keep your passport up to date when moving to Australia. If you will be working temporarily or taking a working holiday in Australia, you will need to apply for a working holiday visa. You may also be able to apply for a skilled migration visa. After you have lived in Australia for four years or more, you can apply for Australian citizenship as long as you are eligible. If you own an Australian passport already or have dual citizenship, you should travel using that passport for easier entrance.

Those moving to Australia from the UK will find a vast country with a number of different climates. Depending on where you will be moving to in Australia, north or south, you may experience very high temperatures or mild summers with rainy winters. The north of Australia has a tropical climate with summer running from December to March with average temperatures of 29 degrees Celsius and winter averages of around 13 degrees. Those moving to Western Australia, including those moving to Perth will find hot, dry summers and mild winters with thunders common during the cooler months.

Cost of Living When Moving to Australia

Those moving to Australia to live may find a much higher cost of living than they are used to, depending on where they are moving from and moving to. With a cost of living sitting as the 12th highest in the world, those emigrating to Australia from the UK should determine all of their outgoing costs and what their income will be to make sure they have the necessary funds. Groceries and utilities are notably more expensive on average in Australia compared to the UK however it is worth determining how this compares to any increase in wages you might receive.

Where is Best to Live in Australia?

For UK citizens moving to Australia, the bigger cities, although sometimes more expensive, tend to be popular choices, with more choice and a more varied work availability. With 43% of Australians either born overseas or having a parent born overseas, Australia’s expat communities are thriving and have build up some fantastic and welcoming neighbourhoods for those making the move from the UK for the first time. Many people in Australia live along the coastlines with some popular destinations such as Sydney, Melbourne, Perth and Adelaide having strong expat communities. Each of these placed well in the list of the world’s most liveable cities. Brisbane, with its fantastic beaches and weather, is also a popular choice for UK expats moving to Australia. 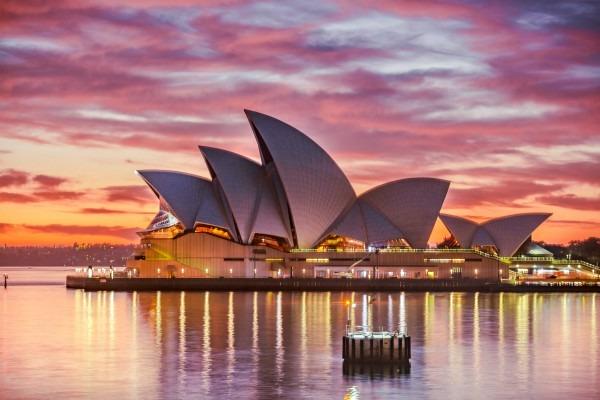 Driving in Australia as a UK Citizen

Australians drive on the left-hand side of the road so adapting to driving when moving from the UK to Australia is not as hard as in other countries where you will have to adapt to driving on a different side of the road. As with British roads, overtaking is done on the right-hand side and you should usually aim to keep left, as in the UK.

If you will be driving through the Australian outback at any point, it is important that you are fully prepared for the trip, plan your journey in advance and let others know that you are making the journey and what time you expect to arrive at your destination. You may also have to apply for a Desert Pass Permit in some situations. When moving to Australia as a family, it is also important that you check state regulations on child seating and restraints to ensure you are abiding by all provided rules.

Fast Facts About Moving to Australia

Moving Your belongings to Australia from the UK

If you are looking for a quality removals company to help you move from the UK to Australia, check out our removals to Australia service. Request a call back here or find out more ways to get in touch here.