Malta is an expat’s dream of undiscovered architectural gems. Bursting with history, Malta is the perfect destination for Brits moving abroad. If you are moving to Malta from the UK, there are a few things we recommend to keep in mind. Our expat’s guide for British citizens moving to Malta contains everything you need to know to move to Malta’s beautiful archipelago. 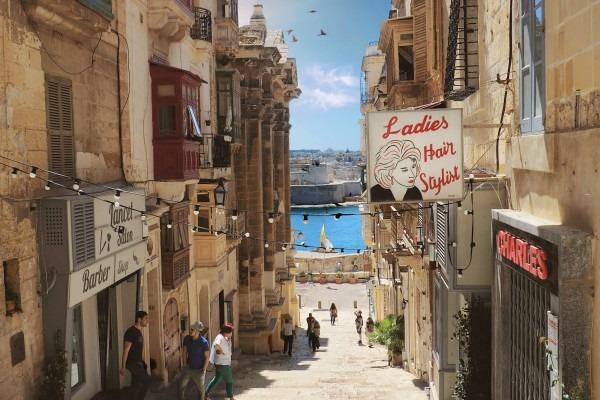 Visas and Residency Requirements in Malta

Through the UK’S EU withdrawal agreement, you will be able to live, work and study in Malta as an EU citizen until the 31st December 2020. After that date, if you are moving to Malta for the first time, you will need to apply for residency. If you are living in Malta on an ordinary residence permit, you will need to renew this every 5 years.

Malta has a typically Mediterranean climate, with hot summers and mild winters. UK nationals often move to Malta in search of warmer weather in contrast to the lower temperatures of the United Kindom’s winter. Winter temperatures in Malta vary from around 15-20’C during the day, with plenty of sunshine hours for UK expats in search of sun. The most rainfall in Malta occurs in the winter leaving long, sun-filled days in the Maltese summer.

Where is the Best Place to Live in Malta?

Some of the most popular places for expats to live in Malta are Sliema, Pembroke, St. Pauls and St. Julians. It is worth bearing in mind that the nation of Malta and Gozo is made up of two primary islands. Malta is the larger or ‘main’ island of these and Gozo the smaller. It is also home to a largely uninhabited smaller island called Comino.

Malta also houses five regions. Central Region, Gozo Region, Northern Region, South Eastern Region and Southern Region of which the Northern Region is the largest. It is also popular with expats moving to Malta. Valletta, the nation’s capital, is full of historical sights and acts as the cultural hub of Malta. Several UK expat communities are located not far from here and are a popular place to move to from the UK.

Adapting to Living in Malta

English is an official language of Malta along with Maltese to UK citizens moving to Malta often find it quite easy to adapt to Maltese life. Malta has many established expat communities, with many pubs in Sliema and St. Julians being popular with UK expatriates who have made the move to Malta. Facebook groups are also a great way to connect with fellow UK expats when first moving to Malta to work and live.

Driving in Malta as a UK Citizen

When emigrating to Malta from the UK, you should look to exchange your UK driving licence for a Maltese driving licence before your UK licence expires. This is done through Malta Transport’s DRV30 form. It is important to remember this when migrating to Malta as you will not be able to renew or replace your UK licence in Malta if it is lost, stolen or has expired. You cannot renew a UK licence with the DVLA if you are a Maltese resident.

Moving to Malta With a Family

Malta is home to a number of international schools that are perfect for families moving to Malta. These schools form their own mini-communities within Malta so are a great way to connect with other foreign nationals in the same position as you. Malta boasts a fantastic schooling system so is a great place to raise a family with access to a good education.

Moving Your Belongings to Malta

If you are looking to move to Malta from the UK, you’ll need to use the services of a dedicated international removals service to send your belongings from the UK to Malta. Check out our removals to Malta services. Particularly if you will be moving the contents of your home internationally. As proud members of the British Association of Removers, we at Anglo Pacific World Movers have over 35 years of experience under or belts, with countless removals from the UK to Malta.

You’ll receive a Malta shipping coordinator who will guide you through every step of the move, including any changes after the Brexit process finishes. We’ll help you move to Malta from the UK within budget and on time.

To find out more about removals to Malta, click here. Or, request an instant callback from one of our international removals experts.