If you are looking at moving abroad from the UK you may be wondering which are the best countries to live in. Here at Anglo Pacific World Movers, we have been sending customers and their belongings abroad for a number of years and have seen which countries see UK expats flocking to their shores time and again. Here is our roundup of some of the top countries to move to from the UK according to our customers and what makes them so great.

With over 50% of the country claiming British heritage, Australia has long been one of the best countries to live in for those wanting to make the move from the UK. Not having to learn a new language certainly has its perks but so do the vast, incredible landscapes and cosmopolitan cities boasted by Australia. Australia frequently features in the top 10 countries to move to in the world and for good reason. It’s welcoming populace and fantastic career prospects make Australia one of the top countries for those looking to emigrate from the UK.

Having seen a boost in visitors in recent years New Zealand has become a popular place for Brits to hang their hat. Frequently featuring in some of the best countries to move to, New Zealand offers a healthy economy, fantastic landscapes that feature in a number of popular films and a rich culture you won’t find in many other places. New Zealand has also been ranked second in the world for its work-life balance, yet another reason why Brits are flocking to its dramatic views and thriving cities.

Whilst its French region is equally as beautiful, many Brits making the move to Canada choose to do so with the English-speaking populace in mind. For those searching for beautiful snow-covered landscapes, Canada is a dream destination and one of our top countries to move to from the UK. With the popular cities of Vancouver and Toronto drawing in top talent, Canada offers universal healthcare, areas perfect for families and endless outdoor pursuits for those making the move.

With multiple climates and time zones, moving to the USA offers a choice for everyone which is part of the reason people move to the USA from the UK every single day. Almost 11% of Americans claim British ancestry with plenty of Brits calling it home, particularly on the East coast states. From the Balmy temperatures of Florida to the year-round cooler temperatures of Montana, you’ll find plenty of places to call home with easy travel between states and a healthy economy offering a wealth of opportunities for those moving to the US. 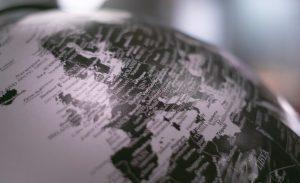 Top Countries to Move to in Europe

With short travel times from the UK and distinct cultures to uncover, Europe is a popular destination from British citizens moving abroad. Here are some of our customer’s most popular places to move to in Europe from the UK.

A country of two parts, Cyprus offers a special culture and balmy summertime temperatures causing many Brits to flock to its shores year after year. If you are looking to move abroad from the UK, Cyprus is the perfect spot as one of our top countries to move to with incredible beaches, fascinating history and more to enjoy. Most people moving from the UK to Cyprus move to Southern Cyprus which is home to a thriving British expat community.

One of our top countries to move to in Europe is Malta. With a rich heritage and mix of Maltese and English-speakers, the island is home to a diverse expat community as well as fantastic weather and infrastructure to support those moving abroad. Malta also offers a fantastic schooling system so is one of the best countries to move to as a family.

Top Countries Around the World

We help our customers move far and wide every single day with people moving to a number of different countries from the UK, these are some of our other top countries to move to based on their popularity with our customers.

The world’s playground, the cosmopolitan Dubai offers some of the richest experiences and one-of-a-kind sights in the world. If you are a UK citizen moving to Dubai expect grand buildings, unusual past-times and opportunities galore in this thriving destination. This city and emirate of the UAE is known for its man-made masterpieces and is a fantastic place for those moving from the UK abroad to boost their career prospects.

Known as the land of smiles, Thailand beguiles British expats every day and is one of our customer’s top countries to move to internationally. Whilst their are strict permanent residency guidelines, Thailand is home to a distinct culture that permeates through everything from the jaw-dropping sights to everyday life.

Over 200,000 British citizens live in South Africa with many there claiming heritage. Aside from the high temperatures, South Africa is home to incredible wildlife and several distinct ecosystems. South Africa also has a rich urban culture with big cities such as Cape Town and Johannesburg offering a thriving business scene.

August 16 2022
Pros and cons of living in Barcelona